I feel I had to have a go at this aircraft not only because it looks good and I like a challenge because it’s from Airfix! The other reason is that my late father in law was involved in the real aircraft project.

On examining the kit it seems to be quite a straight forward build so I started with the cockpit. After washing all components and referring to reference material I noticed that both the pilots and navigators instrument panels were far from accurate and as I intend to display this model with canopies open, I set about changing them.

The most work was needed for the navigator’s instrument panel where I had to completely scratch built a new one.

The pilots panel was too high which in turn made the upper cover over it too high and so would have restricted the pilots view somewhat on the real thing.

I cut down the panel and made a new cover out of an old tin can. The interior fittings of the cockpit were added to using parts from my scrap bin and my trusty Waldron sub-miniature punch for all those extra lights and switches. The pilots’ flight stick was also far too long and had to cut that down to a more manageable size. By now I had used up 4 evenings just to get the cockpit finished!

Now I started plumbing the wheel and bomb bays, I installed the legs early so I could plumb in the hydraulics without the plane getting in the way and believe it or not the instructions are wrong as it instructs you to install the front bulkhead back to front!(Good Old Airfix). I have decided to depict this plane as the prototype and so the bomb bay had a lot of electronic test equipment installed, so more plumbing to do!!

At this stage I hoped the rest of plane would not require the same intense effort or I may do exactly what the Labour government did in 1965 and scrap it!

Fortunately the two fuselage halves went together quite well with no major hick-ups although a little filler was required to hide the seams on the front part of the aircraft. The wings or covers hide the centre and rear parts. The wings themselves were an easy build but there was a gap where the wing met the fuselage that a little filler helped to disguise.

The air intakes, on which I decided to open the auxiliary air flaps, was an interesting project all of there own! The flap covers themselves are too large, which I firstly cut out then had to reduce (Should have looked at my reference material first!). Also Airfix have moulded two recessed bands around the intakes but none of my references shows this. So again out with the filler! The inner part of the intake is also moulded flush with the fuselage, but it was only the cone part that was flush, so I cut a tiny ‘nicks’ each side of the cone and the extreme ends of the intake and bent them inwards slightly.

I left all the rear stabilizers and the engine tail section off to reduce masking.  Behind the horizontal stabilizers there are stencil markings on the fuselage that will be difficult to fit if in place anyway. The pilots’ windscreen is too wide and a little to shallow at the front so a little filing and filling needed to get to look right.

Its was now time for the undercoat for which a can of Halfords plastic grey primer was used and it went on very well. I sprayed the model with the canopies masked and temporarily in place to protect the cockpit, well they need painting anyway! 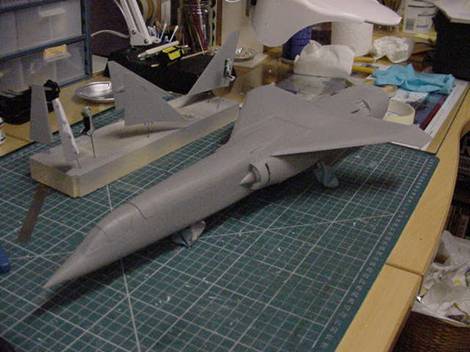 The top coat went on pretty well considering I’m very new to the art of air brushing. Using the grey primer had the benefit not only that I could see where I had sprayed but it also had the bonus of providing some pre shading. The ‘shade of white I was looking for appeared before my very eyes! There was a downside though, I forgot to prime in grey panels that were to be fitted later in the build and so they stuck out like a sore thumb when compared to the rest of the model. A rub down and an application of grey primer first brought them up to standard. All was going well but I forgot this was an Airfix kit and so the parts that I had just painted to match the rest of the plane did not fit too well on the fuselage. Notably the rear upper air brakes of which the port side took a lot of filling and sanding on the inside to get a half decent fit!

Also my little idea about leaving the engines and rear stabilizers off till the end was causing trouble as to get the circular bushes in to hold the stabilisers the engines have to left off and fitted last, however the engines will not fit with the stabilisers on! So I just stuck the stabilisers on in the old fashioned way. I had some new resin seats ordered from Hannants which were designed to fit the Vac formed kits bit did fit this one with a little reshaping, notably removing the centre ram from the rear and thinning the bottom of the seat. Once finished they were a little more detailed than the original kit ones (On the left)

The decals went on quite well with no major issues, it was just there were so many of them. On completion of decaling, a coat of Future was applied to seal them in and to finish, a final topcoat of Humbrol satin varnish. It was now just a case of finishing small ancillary items on the aircraft, so my attention turned to the case as I have two young boys who at the moment have destructive tendencies who would love to reinact the decision of the 1965 Labour Government! I have made cases before but they usually turn out with some fit issues as my skills in that department are a little on the scratchy side, so I found a company to make one. (www.acrylicdisplaycases.co.uk). Which was perfect, so with some MDF for the base the aircraft should be ready for display for the next club night.

Well it’s Airfix say no more, but on the whole I did enjoy this build even with the poor fit issues and the fact with the incorrect squat of the undercarriage it looks like a duck about to lay an egg! It still has that iconic TSR 2 look and with the after market decals and resin stuff and the amount of information on the web to correct the fit issues it has the makings of something of a special, pity they are out of stock (except for eBay of course). Well back to building the USS Hornet…. To see what this plane would have been like with some great backing music input this into your web browser; YouTube: TSR2

In the meantime here is a montage of this TSR2 on the runway. 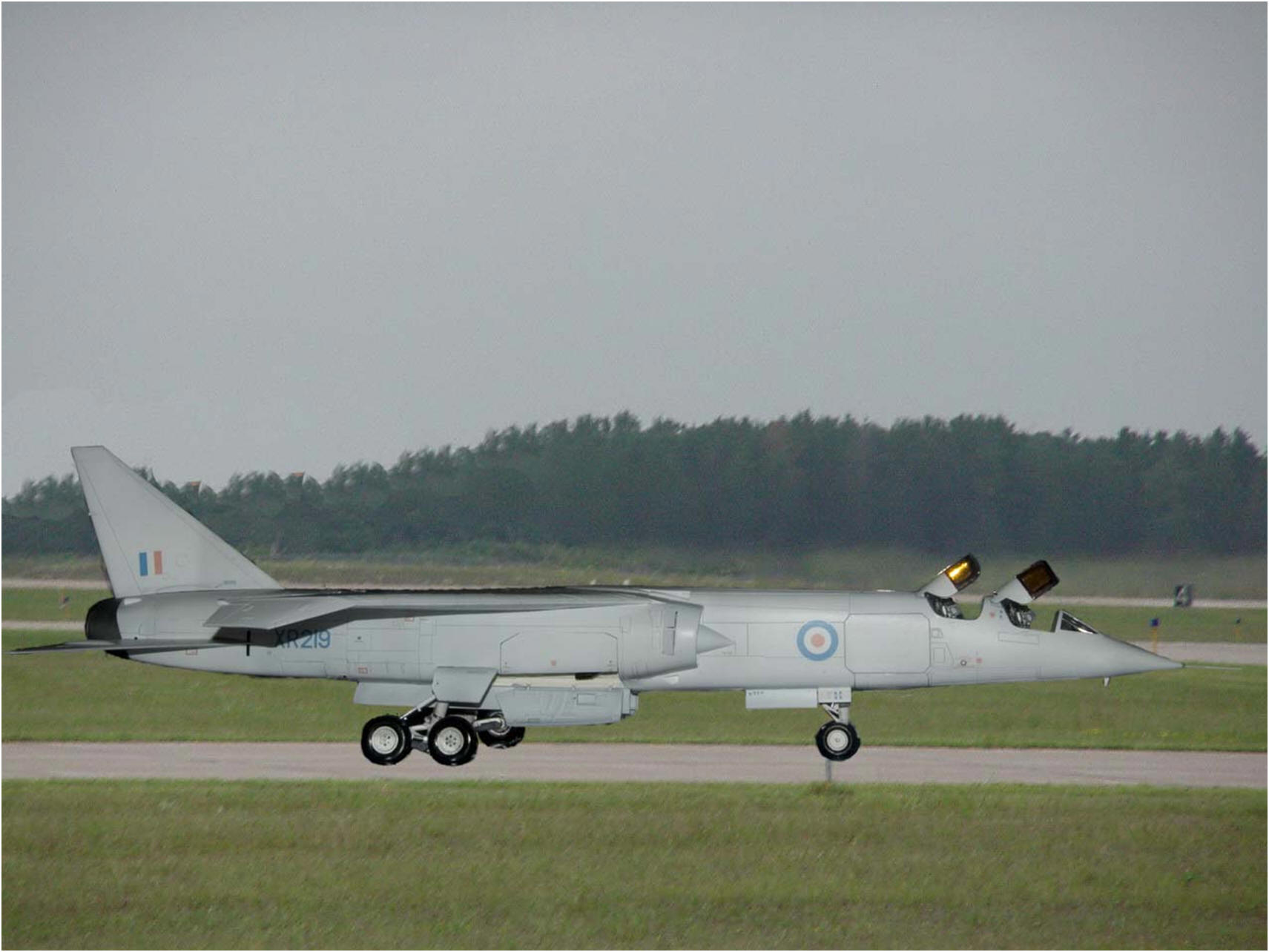