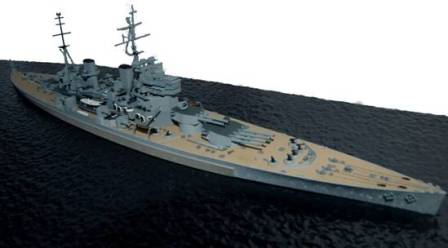 I decided to build the Tamiya 1/700 KGV5 and an escort E class Destroyer. Both these items are straight from the box with no additional parts (There is an etch kit available for this from White Ensign for those who like to pimp it up). So far this has been a 3-month learning curve and I am sure there is still a long way to go.

I started with the KGV5 kit, which is actually a very good kit. The mould lines are very small and the detail is pretty high. I tended to use mostly Tamiya paints for this.

I started with the base and main structure of the ship, this was the first time I got to use my new airbrush and learning mixture is the first pain. Initially I went too thin, it took around 4 coats, to get wood decking roughly the right colour.

Second painful lesson was mixing paints and getting the grey for the majority of the ship. I used a mix of light grey and white. I didn’t realise how quickly the two paints separate from each other. So once I got around the ship to the beginning, the colours did not match up.

Once the main structure was complete and painted, came the fiddly bits. This is when I learnt how awesome superglue is and started to use it for everything. Well, until things started snapping off due to its brittle nature.

The white rafts with their black ropes were enjoyable to make, all 26 of the little things. I did slip a few times with the superglue when placing them on the main ship. The boats in the mid section of the ship soon followed. While painting the brown wood planks in the white boats, I learnt that painting less gives a much better effect than trying to paint the whole plank. On the black and white boats, I tried to mask off the white from the black first using masking tape, this didn’t work, so I tried to use masking solution, this again didn’t work. So I ended up just using a paintbrush and taking as much care as possible to try getting a straight line.

After the boats went onto the ship, the cranes soon followed and then the masts were assembled. I did not realise how delicate these are as I ended up snapping them around 5 times. Superglue to the rescue!!! Once the masks were in place, which was pretty much the ship in a completed.

Next was the destroyer, Oh boy was this a disaster. I assembled the majority of parts before spraying the vertical surface grey. Then all horizontal surfaces were masked off and then sprayed the second colour. Then the masking solution was removed. Oh, this is why you paint and assemble ships. I broke 6 parts trying to get the solution off. The rear mast was snapped in 3 places and took a great deal of work to fix. Then it was a case of paint, assemble, paint and continue. In the end, I am pleased with how the little ship looks and the flag on the rear came out pretty well.

And for the base, I had a piece of foam (a gardening knelling pad) that had the right texture I wanted for the scene. I cut it to the right shape and sprayed it blue. I had a lot of trouble cutting out the indents for the two ships to sit into. I am expecting a case for this to arrive around competition time (Wednesday) I don’t know if will get it in time. I did manage to get hold of some 1/700 naval figures to go onto the ships and they really highlight the scale of the ships. At a later date, I intend to try put some rigging on the ships but there is still a lot of learning to be done.

Next project I expect to be a Tamiya Nissan Skyline.