Masking a model for painting can be a real drudge. You might spend what seems an age getting everything ready and then find applying the paint takes just an instant and the next thing you know you are removing all that material that you had put so much time and effort into applying. So anything that cuts down on this is bound to be useful. I’ll write as if we are talking about masking an aircraft model, but obviously the techniques can be applied to any subject, including figurines.

Let’s start with the masking of cavities in the aircraft, such as cockpits and wheel wells, before applying the main colour to the model. Pieces of sponge foam, such as that used for packaging, can be pressed inside. My preference, however, is moistened Kleenex tissue folded up to fit in place. I then apply some diluted white PVA glue to the surface to firm it up and stop it from falling out once the tissue dries. (When you come to remove the tissue, wet it first and then it will come out easily). You may sometimes want to close the gap around the cavity, so a piece of card can be trimmed to fit the opening and pressed in, on top of the tissue, I have also used micromesh, rather than card, and it has worked well. You may need to finish off by using liquid masking fluid to get a neat edge.

Small details can also be masked off using masking fluid. Humbrol’s Maskol is the most common variety, but note that it contains ammonia that will act to dissolve Johnson’s Klear, so avoid using this fluid over transparencies that have been treated in this way. I also have some Ambroid E Z Mask (which, unsurprisingly, is American), a blue coloured liquid mask that can be trimmed to shape with a scalpel blade when set. I have had big problems using this over large areas, but it is okay for masking small areas so long as they do not have delicate details as you may have to get brutal in removing the mask. I have also purchased some Microscale Micromask that is supposed to do much the same as E Z Mask, but have not yet given it a try. Note that liquid masking fluids can be useful for sealing up any gaps you may have inadvertently left (or can arise later as sometimes the tape starts to lift off) with masking tape (or any other material we will be talking about later). So it can be useful to slap some of this stuff over your masking to make sure everything is sealed up before applying paint. 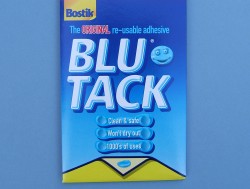 Blu-Tack (or similar product) is also useful for masking purposes. Makes that do not leave a stain are best suited to our needs. It can be applied to small details and teased into position using a cocktail stick. It can also be rolled into “sausages” and applied to the model at the edge of camouflaged areas: the diameter of the sausage controls the amount of feathering you get along the edge. If you want a sharp edge, then it is better to use tape or liquid mask. You will then need to fill the spaces between the sausages that are not to be painted and there are some options here. You could use liquid mask. For flattish areas you could use paper masks, and this includes copying out the camouflage pattern from the kit instructions (correcting for size) and cutting pieces out from this. Frisk Film is a transparent or tinted film with a low strength tack adhesive that is specifically made for making airbrush masks or stencils (I find the edge of the film – where it has been exposed to air – often lacks any stick so it is best to trim the edge away). Another option is “Silly Putty” that can be teased into shape and does not leave any residues behind (whereas materials such as Plasticene can leave oily marks). 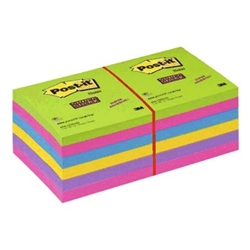 All of the above are “fixed masks”. “Loose masks” are also valuable, and these are intended to be moved from place to place or where you are working on a localised area. “Post-It Notes” are one of the most useful, but even a piece of card held in place by hand or Blu-Tack can be used. Note that the sharpness of the paint edge relates to the distance the mask is held above the model, which in some instances is useful and in others a nuisance. The mask can be cut to a particular curve (I often do this during an airbrushing session: you don’t have to prepare everything in advance). You can also tear the loose mask to get a feathered edge which can be useful. A related idea is to pierce holes in paper and use this as a loose mask when applying a mottled camouflage scheme.

Quite often you may have applied the main colour to your model and now want to paint some detail (such as the nose of a jet) and need to mask off most of the model. A quick and easy way to do this is to use a polythene bag (sandwich bags are particularly good). Cut away a corner and put the model in the bag with the nose protruding from the cut corner. Seal around the hole with masking tape. Another useful material for this is Clingfilm. Use either in large pieces to cover an entire wing, or in strips wound around the fuselage. Tape down the end of the Clingfilm to stop it unwinding. This technique is particularly useful for figure painting, as you can mask off small awkwardly shaped pieces (bent arms and legs) quite easily and without leaving behind any adhesive residues on the surface. However, definitely slap some liquid mask over the top to make sure all gaps are sealed off.

Last, but by no means least, we come to the art of masking canopies. The easiest solution (I hope, having just purchased some, but not yet tried them) is to use pre-cut masks. Eduard are the most well known, but Montex and Black-Box (Meteor Productions) also do them. You may have to use a liquid mask to fill in parts of the glazing, so note the point made earlier if you have used Johnson’s Klear. Talking about Montex, note you can now obtain masking sets for particular kits that include national markings, serial codes and wheel masks so you can paint these on. I think that is a terrific idea, and have purchased a set of USN national markings to try out on a 1/48 scale F4U Corsair (these ones actually came from Eduard). 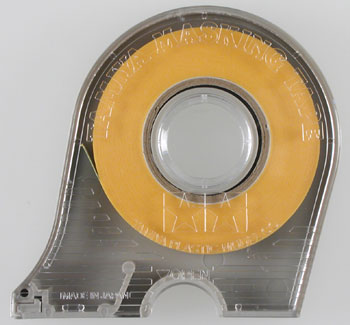 You can also use masking tape to cut your own canopy masks. One method is to place the tape onto the canopy and mark around the frame edge before removing the tape, cutting it to size, and then reattaching it. That’s not my way, though. I prefer to cut it in-situ (so long as the frame edge is sufficiently well defined). Use a new scalpel blade (Swann Morton 15C is particularly good for this) and lightly cut through the tape. Curved edges can be tricky, so you may have to resort to liquid masks in these areas. If the glazed area is curved, I prefer to use a number of pieces of tape to avoid the need for the tape to be stretched to fit: this often results in glue residues being left on the canopy after the tape is removed. I would normally use Tamiya tape, but Bare Metal Foil is also worth a try. Apply the tape lightly to the part. Use a chisel edged cocktail stick to press the tape down along the edge of the frame and to leave a guide for the scalpel blade to follow. When the time comes to paint, it may be worth applying some Humbrol Satincoat first of all (noting concerns about Humbrol products mentioned elsewhere in this newsletter) to seal the edges so that no coloured paint can creep under the mask onto the glazing. Then apply the colour of the internal framing before you proceed to give the model a coat of primer. Your canopy masks will generally stay in place right through the model painting process, being removed as one of the final steps. Before removing the mask, lightly run your sharp scalpel blade around the edge to cut through the paint film: this should reduce the risk of peeling away the paint from the frame when you remove the tape.

Note however, that you may elect to mask the entire canopy and add the framing later by applying strips of clear decal film that has been painted firstly the colour of the interior and then that of the exterior. Curved corners will then need to be touched in by hand.