The finish Paul had achieved with his Peugeot caught the eye of many enquirers to our club table at the Salisbury Show. Here, Paul guides us through the joys and woes of achieving it….. 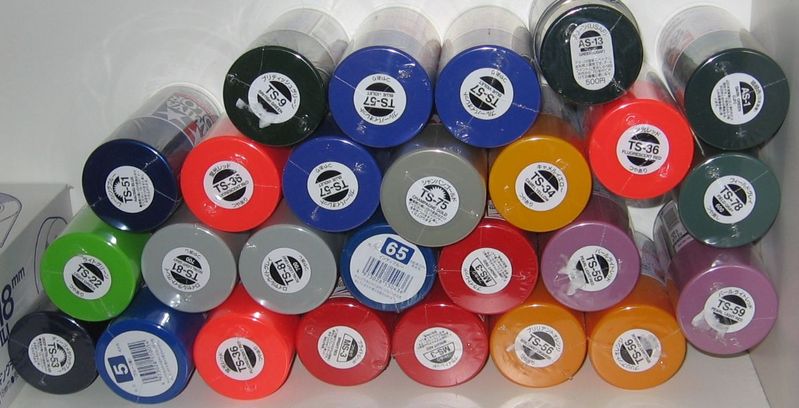 I thought it would be useful to some to jot down my most recent experiences with Tamiya’s recalcitrant lacquer sprays.

Those of you that have known my building disasters over recent years may recall a much hyped Subaru Impreza build which turned sour when using Mica metallic blue (TS50) direct from the can. Not only was the shade too dark but the clear that I shot over it cracked after a few weeks….enough time for me to get the decals on! The crazy paving finish just didn’t look authentic! The clear I used then was TS13. After much head scratching I decided to avoid Tamiya paints whenever possible.

Last summer, after 5 years of fear (!) I tackled another metallic scheme, Mica silver, TS76, which would need clearing for a nice gloss finish for the expensive decals. Two sets of decals later and disaster. The TS13 had splintered. Thousands of tiny hairline cracks appeared all over the paint finish. This after ten weeks of drying.  I needed a sabbatical. One Beaufighter later and my determination to overcome the TS paint problem was renewed.

So you ask, why not use something from the Halfords range? Well the problem is that the metallic particles in automotive paint are too big for 1/24th model cars, making the paint look `out of scale’. I posted on the Automotive Modelling Forum in January with a “what do you guys do” question. Predictably I had 10 different versions of what worked for them. I decided to take advice from another UK modeller whose method seemed to work. The results can be seen on my 2002 206 Peugeot rally car.

So what’s the secret?  Well it seems the problem lay with drying, or more to the point, compatibility of drying times. Very often the model would be spayed, left to dry and then coated with clear a week or so later, sometimes longer. With Tamiya paints, the clear needs to dry along with the colour, so as it `gases’ out together the coats contract at the same rate. The cracking I experienced on the Mica silvered car was exactly this. I had applied the silver a few days before the clear, so as the drying took place, the coats of paint contracted a different rates, hence the cracking.  So now I had this knowledge, I needed to apply it to the model. The 206 Pug was sprayed with TS30 Silver leaf, 2 mist (light) coats and then 3 wet (heavy) coats over Halfords grey plastic primer. 5 minutes later the first coats of clear were misted on via airbrush (25psi), sprayed about 10 inches away. While I did this I had a can a Tamiya clear warming nicely in a jug of very warm water ready for the wet coats. I had applied 2 mist coats of clear, then waited 20 minutes and then sprayed 3 wet coats of clear 5 minutes apart, ensuring that the paint was glossy in appearance on each coat.

I now sat back and waited for disaster….and waited….and waited. Success!! After polishing the clear everything turned out pretty good if I do say so myself.  I have since been told by a very good US modeller that using automotive 2 part clear overcomes this entire problem. In my year of overcoming paint problems, that hurdle is next on the agenda. I’ll keep you posted.